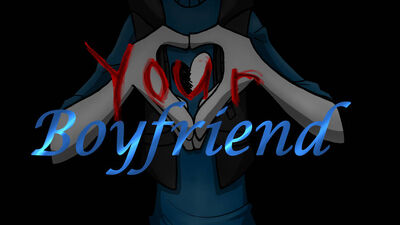 Before getting into this fandom i was obsessed with countryhumans and i really liked Russia x America and USSR x America. I'm pretty weird ngl- Now I'm into a hot golf ball man for some reason. i need simping therapy-

Heya, I'm just a broke 18 y/o person that simps for a grey stickman just like everyone else here- I'm... in a little bit of a predicament, and I need some peeps to help me with this ^^;

I was making the Uncaged AU; though, I'm not gaining enough of an audience on Twitter for the idea to work... ...It was an idea based on these combinations; MC COMBINATIONS "What if MC (or anyone that YB is interested in) was not normal, themselves?", "What if Y/N (in appearance; like, hoodie and all) was more of a supporting character for the MC, and had an actual name?", "What if the MC was an alien (more specifically an animal) of some sort, but, somehow, fits in with the rest of the environment? How would they do so?", "What if YB and MC met... ...differently? how would it go?", "what if the MC liked everything about YB; his stature, his fashion sense, and pretty much everything about him? as if he were a dream BF for the MC...?" and finally; "Every copy of Your Boyfriend is personalized: Those were my MC Combinations; and...

The MC of the Uncaged AU is a Female Voidian named Dax Spades; basically...; she isn't seen as a normal person...; she's seen as an uncaged beast...; she doesn't know why. She hasn't had any TRUE interaction with anyone until she met her "Sweet Yin to my Yang" in her words. The Darkness to her Light; which is... on the nose; and sometimes; "The Ace/King of Hearts" while he (Golfball head/Peter) calls her; "The Ace/Queen of Spades"

I'LL WARN THIS RIGHT NOW; I DIDN'T FINISH ALL OF THE DETAILS YET... I'LL GET TO IT ALL EVENTUALLY, I PROMISE. ^^;

I would totally hang out with him in his basement all he has to do is ask and ill be over there in a spit second. Does anybody else feel this way or is it just me?...

Glad to be a part of this community before it blows up, cause like. I'm sure it's going to get big. It deserves to anyway <3

And now you get to deal with my cringey sht! good luck

(edited by Toast Child)
Your BoyfriendY/N